Atoms are the basic origin of all matter. If taking everything apart, we realize that all things consist of the atom grouping with other atoms to create molecules. 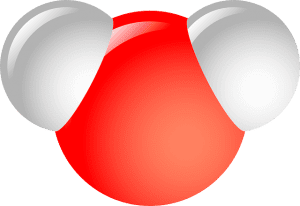 The molecules then combine forces to create different things based upon the chemicals’ properties and molecules.

It is amazing to me that through the years I had read about the atom, it’s design, and it’s features but cared very little about it’s function or the important roles that it plays in our universe!!!

The atom, consisting of three subatomic particles: protons, neutrons and electrons, is a wee wow of wonder scientists seem to still try to explain away!

First off, the nucleus (middle of the atom) consists of protons and neutrons.

And flying around the outer part in a cloud are the electrons.

The complexities of each cell is that of a miniature city!

These cells consist of:

The Erythrocyte (red blood cells) the

Megakaryocytes (platelet precursors) the Monocyte (white blood cells) Various connective tissue macrophages and we could go on and on!

It is interesting to observe the atom with it’s negative and positive charges!

Concerning this, when my friend: Dr. John Roller when in college had asked what held the Atom together received a response from the professor that made me laugh.

The professor responded that although it has not been observed or seen, they know the substance holding the atom together is like glue!

Dr. Roller was an atheist at that time and was angry at the explanation as that did not explain evolution without God! It meant “something” or “someone” was holding together the “simplest” things such as an atom!

Now scientists may tell you that “glu-on” holds the atom together but we have no evidence to prove it as it is not observable!

Suddenly, the verse that says “By him all things consist” seems to sound like its talking about the invisible “gluon” substance!

The evidences of HIM from the Creation of the world are clearly seen!!!!